Slide the indicator up and pinch on a bit more weight, we’re taking a deeper dive.

Evolution of a Tailwater – Grey Reef 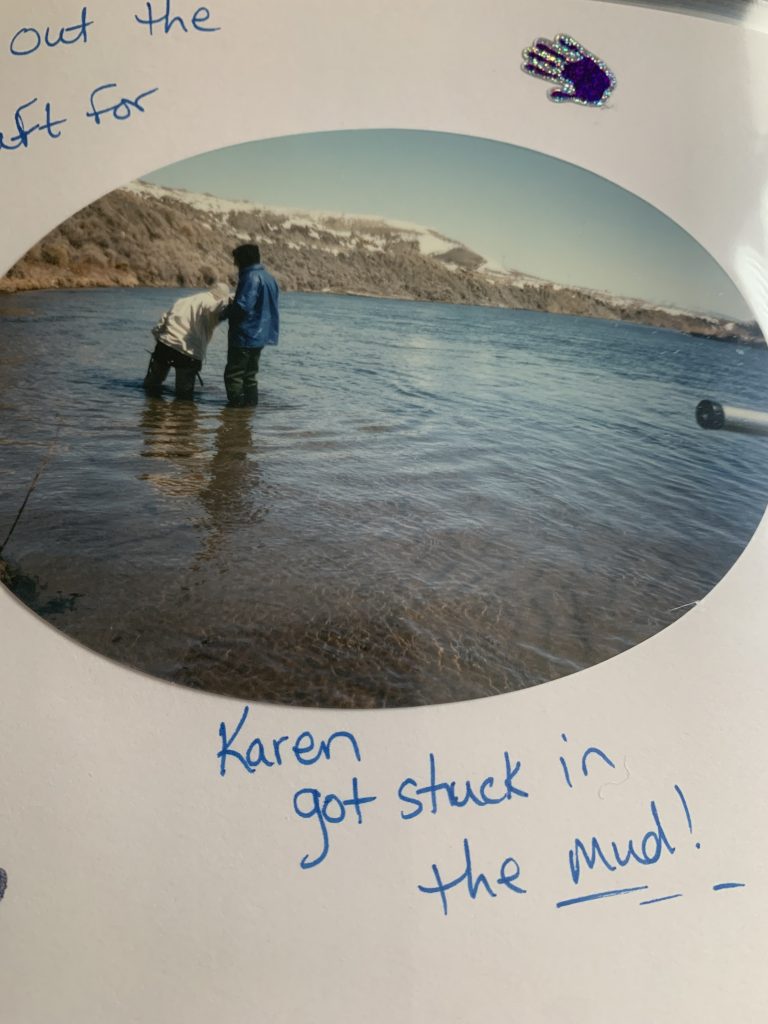 Things change. Sometimes we accept them and other times we feel it degrades our experience enough that we discontinue pursuing it. Sometimes these changes are clearly laid out and other times they are a slow progression and, oftentimes, a bit mysterious. The Grey Reef section of the North Platte River has maintained a mythic, prolific and in demand status while it has slowly transformed from the fishery we knew before guides hit the scene. The “old” Grey Reef was amazing but so is the “new”. We aren’t suggesting that the change stemmed from the presence of guides or as a result of being an angling destination, but it is a fun place to start and nostalgic to reminisce.

What is now known as Grey Reef has been through a series of changes over the past 100+ years. The construction of Pathfinder Dam in 1909 started the transformation, then came Alcova, Seminoe and Kortes Dams, in quick succession, between 1938 and 1951. Arguably, the most important feature is the tiny Grey Reef Dam, completed in 1961, a mile below Alcova Dam and/or the initiation of the flushing flows in the mid 1990s.  Crack open a beer and let’s remember when…

Things really got going at Grey Reef once the little Grey Reef Dam, sitting right between The Reef Fly Shop and North Platte Lodge, was constructed. This tiny impoundment has enough storage to regulate flows downstream of Grey Reef and isolate them from the continual change in power generating demand of Alcova and all the hydro units upstream. Naturally, this cultivated a very robust trout fishery. In those years the river was known for its modest population of huge brown trout (much like Miracle Mile a quick skip upstream between Kortes and Pathfinder). In the mid 1990s the Wyoming Game and Fish and Bureau of Reclamation agreed to start a new program of flushing flows to mimic high water events that is designed to displace accumulated silt. Silt was a big problem. Not only was it contributing to an almost complete lack of successful spawning recruitment, but it was scary to wade as you’d sink into deep black goo and getting stuck in that quagmire was a real concern.

The first 7 or 8 years of the flush was a 5-day event both spring and fall. The fall component was cancelled after repeated issues with dislodged vegetation clogging the intakes at the Casper water treatment plant and the cooling units at Dave Johnston Power Plant. The fall flush was insane streamer fishing! Man, those were the days. The Spring flush was lengthened to a week and within the past decade was extended to 10 days.

We have very vivid memories of water that was never really clear. A few feet of visibility was our benchmark for “clear” water. Later in the season we’d be fishing in pea soup. No joke, the water was green and thick with suspended organic stuff or fines. However, the fishing was awesome. We had some good dry fly opportunities and streamer fishing was solid at times but nymphing was ever present. A lot of the same flies have been in our box for over 25 years, but a couple of must-have daily patterns don’t get the same use that they used to. Red Blood Midges and Scuds just don’t seem to be as productive as they were in the days of green water. The fall baetis hatch doesn’t seem to have the same interest slightly below the surface like it once had. Now that interest seems to be on the surface.

We had a huge water year in 2011 and it kind of seems like a monumental moment when there was Grey Reef before 2011 and Grey Reef after 2011. Prior to that date it was the same as we always knew it, not really clear, nymphing, lots of our trophy class fish (25” or better) were rainbows. 2011 was also a prolific hopper year and that’s when focusing on grasshopper fishing really became part of the conversation. It is strange to think about now but there were 3 drift boats sunk that season, due to flows upward of 8000 cfs, and we couldn’t even start the process of searching for them until the following spring. That’s when the water would always be the lowest and clearest.

Since 2011 Grey Reef has progressively become clearer and that has been paralleled with a marked increase dry fly fishing and a delayed response to streamers. The Grey Reef dry fly season is mid-July through October…and it’s awesome! The streamer season that used to ripen around mid-September is now mid-October through mid-November…and it’s awesome! Of course, all the same hatches are still in play and the trout respond to nymph rigs, always.

Reservoir levels, turnover and gully washer weather events don’t seem to have changed much over the years. Did the huge flows and Pathfinder spilling in 2011 super charge the gradual impacts of the first 15 years of the flushing flows? Did subsequent big water years amplify that progression to dry fly and clear water? Has the extended spring flush had a larger than expected impact? The water quality seems to have improved but why do we see more trophy class brown trout now when 20 years ago it was rainbows in the majority?